UNMEER, the first-ever UN emergency health mission, was established on 19 September 2014 and closed on 31 July 2015, having achieved its core objective of scaling up the response on the ground.

The Mission achieved its core objective of scaling up the response on the ground and establishing unity of purpose among responders in support of the nationally led efforts. As of 1 August, oversight of the UN system’s Ebola emergency response is led by the World Health Organization (WHO), under the direct authority of the WHO Director-General. UN agencies, funds and programmes, the UN Office for the Coordination of Humanitarian Affairs, the UN Mission in Liberia and national and international partners have undertaken the necessary steps, to enable this seamless transition.

The Ebola Crisis Managers remain in the countries under the oversight of WHO and with the support of the UN Resident Coordinators and UN country teams. In Liberia, the high-level UN leadership for the Ebola emergency response is provided by the Deputy Special Representative and Resident Coordinator, with the support of the UN country team. The Special Envoy on Ebola continues to provide strategic guidance for the response.

In a statement on 31 July the Secretary-General Ban Ki-moon said 'the United Nations remains steadfast in its commitment to supporting the Governments of Guinea, Liberia and Sierra Leone in getting to and staying at zero cases'.

UNMEER, was established on 19 September 2014 after the unanimous adoption of General Assembly resolution 69/1, and the adoption of Security Council resolution 2177 (2014) on the Ebola outbreak. UNMEER was set up as a temporary measure to meet immediate needs related to the unprecedented fight against Ebola. The Mission deployed financial, logistical and human resources to Guinea, Liberia and Sierra Leone to support the push to zero cases:

Peter Jan Graaff was the Acting Special Representative and Head of the United Nations Mission for Ebola Emergency Response (UNMEER). 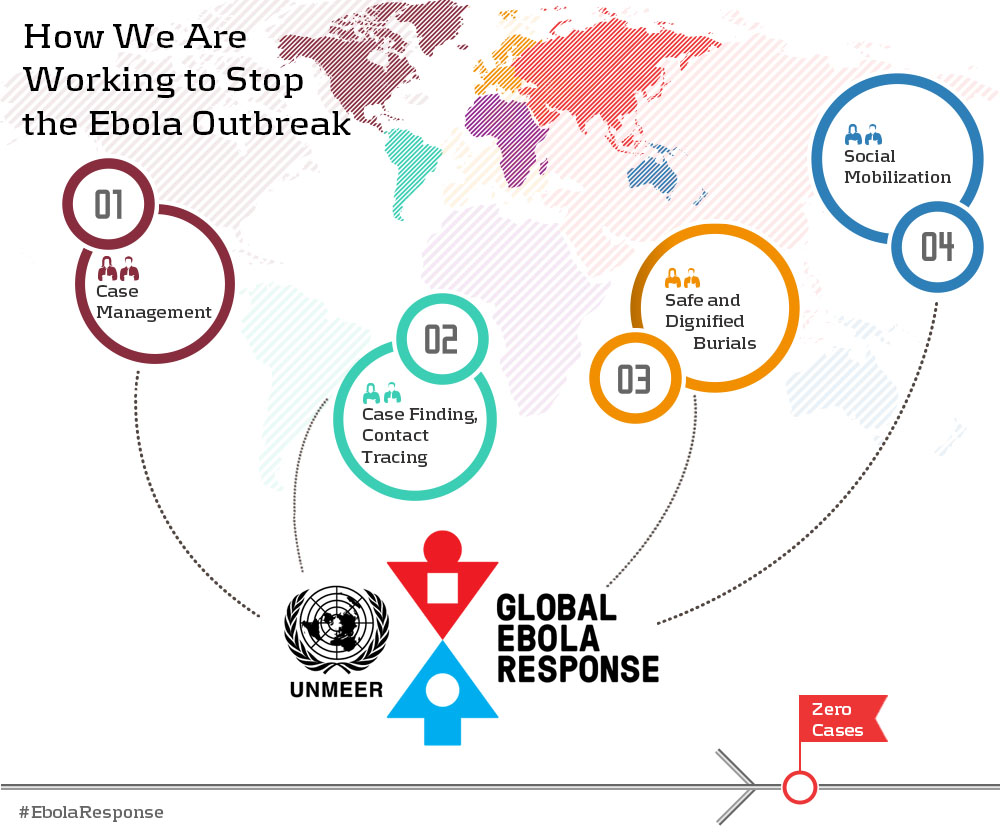